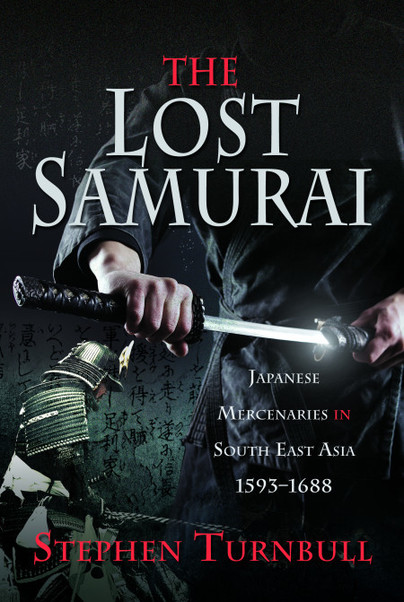 The Lost Samurai reveals the story that for almost a hundred years Japanese samurai were employed as mercenaries in the service of the kings of Siam, Cambodia, Burma, Spain and Portugal, as well as by the directors of the Dutch East India Company.

The Japanese samurai were used in dramatic assault parties, as royal bodyguards, as staunch garrisons and as willing executioners. As a result, a stereotypical image of the fierce Japanese warrior developed that had a profound influence on the way they were regarded by their employers.

The book also suggests that if during the 1630s, Japan had chosen to engage with Southeast Asia rather than isolate from it, the presence of Japanese communities overseas may have had a profound influence on the subsequent development of international relations within the area, perhaps even seeing the early creation of an overseas Japanese empire that would have provided a rival to Great Britain.  I guess we will never know but it is an interesting thought.

The book covers the period of 1593 to 1688.  I was surprised to learn Japanese samurai as mercenaries for foreign powers. The first seemingly to be Korea, a country Japan invaded at the start of this period.  That said the author does clarify that it might not be the traditional image of a samurai we see working as mercenaries. They would most likely have been pirates or working as merchants for their overlords how didn’t value them.

I can see how working for foreign powers and heads of state would have been appealing.

This is a fascinating read and something that warrants further investigation.  If you are interested in the martial cultures of Japan and the samurai, this is an excellent book to give you a very different set of stories.

For me, it has slightly changed my opinion of the Japanese warrior of the period.  And made them even more complicated.

And for those that know – yes I have ignored the shocking sword drawing on the cover.