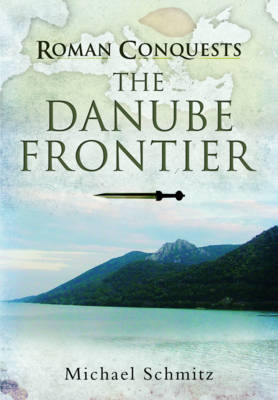 The Danube frontier was always troublesome for Rome, right up to the fall of the Roman Empire 500 years after reach the southern bank of the river.

The book covers from period before the Romans conquered Macedonia and covers the period up to the short lived conquest of Dacia.

A lot of the Roman generals in this book are names we all know from history, Julius Caesar, Octavian, Hadrian and Marcus Aurelius. As the book says, the Dacians played a big part of Roman foreign policy for nearly 50 years.

We tend to focus on Roman Britain and the western campaigns. Until recently I didn’t know what a Dacian was or anything about the Roman eastern campaigns.

This book goes a long way to fill that gap. The section on the Dacian military seems to suggest they were a professional, well organised fighting force. Which might go a long way to explain their success.

Couple this with the skilled craftsmen they had access to, the Romans faced men and military technology equal to their own.

The author also highlights the changes the Romans made to their own armour to combat this new foe. I won’t go into all of it here but suffice to say the Romans clearly felt the threat of the Dacian military.

The authors photos of reproduction and found falx and sica are truly amazing , and it is no surprise the Roman legionary didn’t like those as they could get over their protective scutum. These weapons were curved, which isn’t surprising , what is surprising is that the are curved the “wrong way” to later curved swords.

This is a really interesting and detailed look and the region and conflicts within it. I can see this being useful for wargammers and historians like. From a military history point of view I would love to get my hands on a falx to see how effect it was against a Roman shield.

All in all a great book which will be a good addition to anyone’s bookshelf.

You can buy this book from Pen and Sword Books