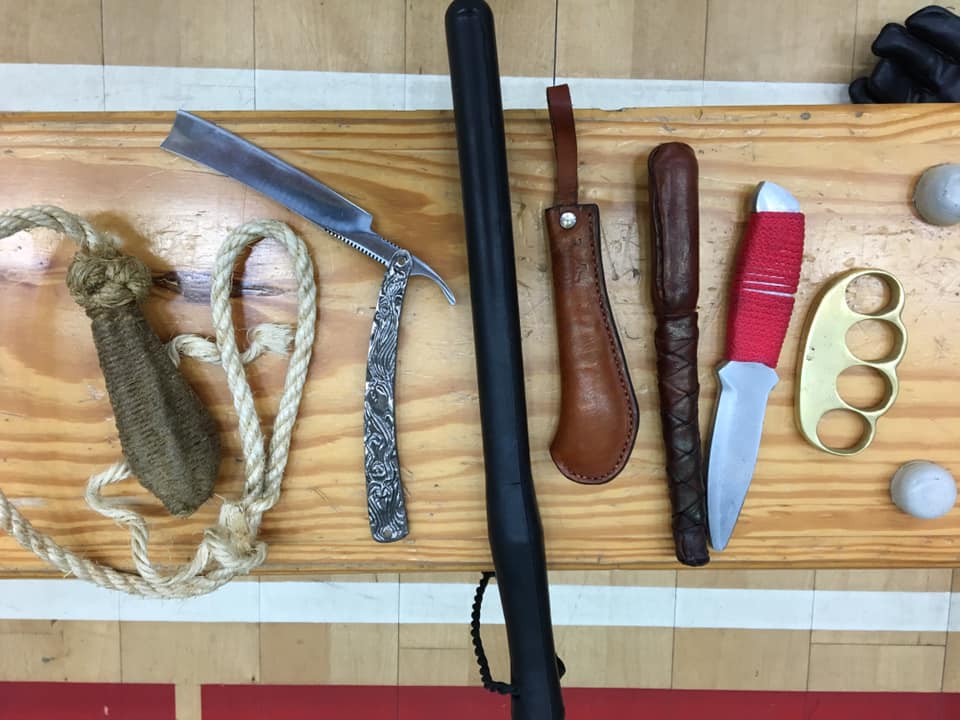 We had Tommy down in East Kent a while back now covering some of the fundamental component Arts of Bartitsu. I can’t shut the guys up that came to that seminar and Tommy will be back.

Tell us a little bit about yourself and your martial arts background.

My name’s Tommy Moore. I’m the Founder of the Bartitsu Lab, a place that surprisingly teaches….Bartitsu!

My martial arts background is pretty damn varied. I started first with Boxing and Judo as a very small child. Both arts I’ve continued to this day. I was fortunate that these foundational arts also happen to be some of the best around for skill development, pressure testing etc.

I’m a bit of a martial arts nerd – so I’ve studied around a good few systems! However, a significant note is Savate, JKD, Ju Jitsu (Japanese), Arnis, Muay Thai, HEMA and Karate. I’m a prolific consumer of martial arts content, and I will attend seminars, courses and classes on anything I can if it suits my objectives.

My base arts however, are exactly as when I was young. Boxing and Judo/ Jiu Jitsu. And now naturally of course, the art of Bartitsu. I’m an actively competing boxer and I try to keep my hand in both the sporting and the martial worlds.

Bartitsu is an aggregated martial art, founded in the late 1800’s by Railway Engineer Edward William Barton-Wright. He went to Japan, studied classical Ju Jitsu, and bought in back to London to combine it with wrestling, savate, cane fighting and boxing. The idea was that pupils get a solid grounding with subject matter experts (other club instructors) in each individual art. Following which, these are interwoven into a holistic syllabus of self defence (in theory delivered by Barton-Wright).

The entire art was taught with a self defence orientation, but made up of traditional and sporting martial arts, and primarily marketed to upper and upper middle classes wanting to defend themselves against increasing street and gang violence in the city. The art only lasted a few years, however many clubs today have revived and continued the mission of Bartitsu. You may consider it, alongside with Defence Dans La Rue as one of the first modern ‘mixed martial arts’ (not to be confused with the sport of MMA).

Why did you choose Bartitsu?

I already had the ingredients of being a Bartitsuka. As a judoka, boxer, martial artist and self defence coach – every element necessary for me to pick it up and run with it was available to me. Let alone my experiences in other arts. I also love history, and I’m really proud of the work that’s done in the HEMA (historical european martial arts) community. I saw the opportunity to put my own spin and emphasis on Bartitsu and try and make it a method that the founder would approve of.

I’m all about using proven, tested skills for self defence. And with Bartitsu that’s exactly the formula I’m working too.

Do you think Bartitsu has value today as a form of self defence training?

Good question. I have to say, for many clubs – the focus is on Steampunk esq reenactment, gentrified stick waving, or re-enactment or a very ‘soft and academic’ approach to the art. And that is absolutely cool. But for self defence? Not so much in my opinion.

I like to think that my Bartitsu and the Bartitsu I teach is. I give students a solid grounding in boxing, savate, ju jitsu and weapons (both classical like the cane, and contemporary/ancillary such as knife, bludgeons, incidental weapons etc). I’m really proud of the health of my syllabus and I ensure that the self defence “awareness” is a key component. I.e. use of verbal skills, awareness training, the law etc.

Bartitsu is however, at its core, a self defence system, and is (or would have been) essentially an MMA style syllabus aligned to a self defence need. All arts therein are tested, practical and still hugely used today in some way. Bartitsu schools have varying degrees of approaches for Bartitsu.

Some compete, some don’t. Some spar, some don’t. Some stick to only canon sources, some don’t. I do the best I can, with what I have, to make Bartitsu valid for self defence and for me that’s making it robust, rough and well tested. The art wasn’t invented for the fun of it. It was designed to give skills, attributes and confidence to people who wanted to defend themselves. That’s something I hold dear. The art was built by and on people who wrestled, boxed, fought. They had the skills and grit to exert themselves. I think we should seek what they sought.

What was the most surprising thing you have found in your research?

The most surprising thing is the comparative weakness in the source material when it comes to common weapons and attacks of the era. There’s lots of gentlemen vs gentleman set pieces. Now we have very limited sources, most of which are gentrified magazine snippets for promotion. So this is no surprise.

But yes, I’d say given the founding notion of Bartitsu (keep you safe from ne’er do wells), the material available doesn’t typically reference what we today call HAPV (habitual acts of physical violence). I.e. defence against knives, defence against some of the more common attacks out there. It does a little. But naturally Bartitsu ended before it could really get going.

I also think that given the importance of boxing for self defence, the “canon” somewhat glosses over this in favour of the more “exotic” Ju Jitsu. I think this is mostly marketing spin. Ju Jitsu was naturally new to audiences. And BW needed those new starters! We can only wonder where BW would have taken it, and what it’d have looked like if it continued.

Bartitsu is an eclectic mix of different arts.  What do you suggest beginners start with?

Everyone interested in fighting should know three things in my opinion. How to box, how to grapple (at the very least standing), and how to stay aware. To that end I’d advise getting down to a boxing gym (every city and town will have one) and a Judo dojo. There are obviously places that teach both elements (such as an MMA gym). If you’re not looking to compete, I find that boxing and Judo offer more “recreational” classes for the “average joe”. But you’ll have to scope out your local area.

I’d always advise combining a proper “combat art” such as boxing, savate etc with something with a self defence spin. In many cases now in the UK, that’d be Krav Maga. Many arts offer Self Defence but a SD orientated club will ensure you learn about situational awareness, using verbal skills, weapons of opportunity etc.

So if you can get boxing / kickboxing, judo/BJJ/wrestling and Krav Maga. But if in doubt speak to someone on the Bartitsu Facebook Group and you’ll get so much help and advice.

Where can people find out more about Bartitsu and the Bartitsu lab?

Well if you want to know more about the Bartitsu Lab, you can visit my Facebook Page or YouTube channel. My website is a little rubbish at the moment, so try those places first. I hope to reopen my club post pandemic but for now, I post regular videos, training tips etc.

You can also visit the Bartitsu Group on Facebook to see what many other coaches are doing. Most people get an initial grounding with the two Bartitsu Compendia. But you can easily find out lots online for free too. It’s a very friendly and accessible community and posting a question on the core Bartitsu social media groups will have you being helped almost immediately.

I’m finishing my book soon, which is designed to act as a “training manual” for experienced people that want to start up a Bartitsu club. Watch out for updates on that on my channels.

If you want self defence and fighting skills, there are clubs for that. Knowing the “kind” of Bartitsu will help you find the right teachers, content and support.

Most of all, just give it a go.

Martial arts is an amazing world. Full of amazing and helpful people. Whatever you want out of it, you can get it if you throw yourself in. Most coaches are not in it for the money. They love to help, guide, inform and share. So get some advice and dive right in! Start a study group. Find a club. Learn the fundamental skills via affiliated arts.

As a wise man once said, there are many ways up the same mountain.